Kielder for Tour of Britain 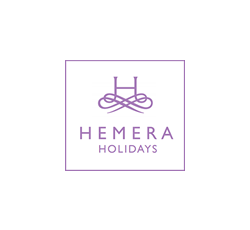 This year’s Tour of Britain cycling race comes to beautiful Kielder Water and Forest Park in Northumberland on Monday 4th September. Be at Kielder Dam for 10.15am to watch 120 professional riders set off on stage two of the race.

Prior to this, there will be a weekend of special events at Kielder, including an outdoor cinema, where you can sit back under the darkest skies in England and enjoy a classic film in picture perfect surroundings. There’s also live music, great food, a sixty cycle stunt team performing, and lots of fun activities for old and young.

The Lindisfarne Festival – overlooking stunning Holy Island – kicks off on Thursday 31st August and runs until Sunday 3rd September. And with over 100 music and comedy acts performing on seven stages, it’s fair to say there’s something for everyone. Camping, glamping, fire shows, DJs till 4am, street food, yoga and meditation and a whole lot more to make the weekend one to remember.

Now in its tenth year, the annual Berwick Food and Beer Festival is back over the weekend of 2nd/3rd September.

The beer festival marquee will offer a huge range of local beers and a chance to explore Berwick’s malting history. And with ‘Street Food Street’ linking the beer and food festival areas, visitors have an even wider choice of delicious dishes to sample on the spot.

Head to Bellingham for live music over the weekend of 9th/10th September. The Bellingham All Accoustic Music Festival (BAAFest) is in its eighth year and has gained a reputation among musicians and songwriters across the UK as one of the favourite places to perform.

There will be two covered/seated stages, two real ale bars, and workshops for guitar, ukulele and singing. (See the website for acts performing.)

Find out about the region’s industrial heritage at Woodhorn Museum, Ashington.

Explore the colliery buildings and learn more about how Woodhorn Colliery operated during its working life. You’ll get the chance to climb up to the winding room of the last Victorian engine house in Northumberland and see a demonstration of the winding gear in action. The tours run daily until Monday 4th September.